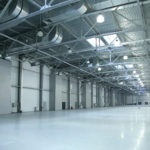 California’s Inland Empire (San Bernardino and Riverside Counties) is seeing rapid recovery:  “[It] was among the regions hardest hit by the recession in California, but it has since added back jobs at a pace exceeded only by the flourishing tech hubs in San Francisco and Santa Clara, said John Husing, chief economist for the Inland Empire Economic Partnership.”  A major factor in the recovery is the Logistics sector that may also transition into more Manufacturing users.

Location and available acreage are key factors in attracting businesses like Walmart, Amazon.com, and Macy’s to establish their fulfillment warehouses in the Inland Empire.  The region is within an hour’s drive to Southern California sea ports and still has extensive vacant land available for development, unlike the heavily populated coastal regions.

To read the article from LA Times, click here:  http://www.latimes.com/business/la-fi-inland-empire-economy-20150319-story.html