Who are the Partners? 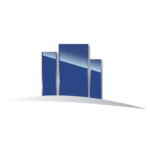 Rob began his commercial real estate career in 1998. Rob has developed marketing strategies and leasing programs for numerous property owners and represented their interest in over 1,000 individual transactions. He is experienced at representing both regional and national tenants, working hard finding them sites for retail outlets and industrial buildings throughout the Inland Empire North area.

Rob was born and raised in Beloit, WI. After completing a term with the United States Air Force in 1989, Rob became involved with the creation of a successful rock music group that recorded for A&M records and toured worldwide until 1997.

While previously seated for nine years as Vice Chair on the City of Victorville Planning Commission, he has been involved with the planned growth for the City and the Victor Valley as a whole. Rob has been active with community organizations such as a past board of director for the Victorville Chamber of Commerce. Rob is married with three children and his family keeps busy raising guide dog puppies for the blind through “Guide Dogs of the Desert” located in Palm Springs, CA.

Rob works with clients to ensure their commercial real estate needs are met squarely. He states… “Professionalism and Integrity is the foundation upon which business relationships are built.”

Since starting his career as an active commercial agent in 2004, James Langley has been involved in the successful sale of vacant land and commercial buildings for a total consideration in excess of $50 million. Mr. Langley specializes in land acquisitions, habitat mitigation, alternative energy sites and adjudicated water right transfers.

James was born and raised in the High Desert and has made it a home to raise his 3 children. James spends his free time bird hunting in the area, Coaching Soccer, serves as a mentor to Jr. High Students, dedicated to spending time with my family. His professional achievements include ranked number 10 out of 3,775 agents in the High Desert for 2005 according to the Victor Valley Association of Realtors M.L.S., he successfully closed 114 transactions totaling $13.8 million in consideration in his rookie year for 2005, he captured 80% of the water right transfers for 2007 and 2008, sold and leased over ± 25,000 acre feet of water rights since 2004 and sold over ± 6,300 acres of endangered species mitigation land in multiple Desert Wildlife Management Areas since 2004.

James has a vast knowledge of the High Desert and prides himself on ensuring the clients happiness with each and every transaction. James describes himself as “honest and ethical, I value my long term client relationships and have demonstrated my hard work and in depth knowledge through my extensive property reports and listings. I’ve been extremely successful with helping large clients with their property acquisitions and tax reassessments.”

Jeremy Schmidt has been a consistent top producer whose outstanding performance record can be attributed to his common-sense approach that emphasizes integrity and superior client service. With over 10 years of industry experience Mr. Schmidt has been involved in the sale or lease of land, commercial and industrial property for a total consideration in excess of $100 million.

A local of the High Desert, Jeremy is married with 4 children. He enjoys spending his free time coaching their youth football team.

Mr. Schmidt began his career spending 10 years in the government sector before beginning his Commercial Real Estate career. Jeremy holds a strong belief that Kursch Group is “bigger than one individual.” Mr. Schmidt specializes in representing both local and national businesses, developers and investors.

Mr. Travis has been in the commercial real estate industry since 2002. He specializes in landlord and tenant representation for commercial and industrial real estate sales and leasing as well as the sale of pre-development land.

Married with 4 children, Ryan is actively involved community sports. He coaches both soccer and baseball for his kids. The family enjoys the drive to Anaheim to take in an Angels game. Ryan is a 5 year member of ICSC (International Council of Shopping Centers), attending their annual conference held each May in Las Vegas, NV.

Since starting his career as an active agent, Ryan has transacted over $20 million in sales and leases of commercial and industrial property.